All things come to balance in time, and nature always has her way. Don't let their love for nature fool you though, the Py'Rai rarely take prisoners. Whether by bow or spear, the Py'Rai's legacy will take root.

Originally the Py’rai were said to draw their cultural influence from the Navajo/Native American influence. While this still be the case, it seems Intrepid has pivoted on their design idea and has taken Py’rai elves from being traditional fantasy elves and has made them a more dryad-esque race.

The antlers you see depicted on the female are mandatory. You will be able to shape your antlers and make them bigger, small, more or less complex, and you can even make them asymmetrical, but you are required to have antlers. In fact, the antlers may even interact with the environment and seasons, blooming at the appropriate times of year and that’s no scope creep. That’s not something Steven was spit balling in the middle of the stream, it was already documented on the roadmap.

Their architecture has a woodland "in the trees" sort of feeling to it. In fact, their use of trees is so encapsulated in their architecture, that it is now one of the current focuses for the development team, trying to figure out how to have an outcropping of trees in the middle of the desert when the Py’rai sub-races is the predominate cultural experience point contributor. 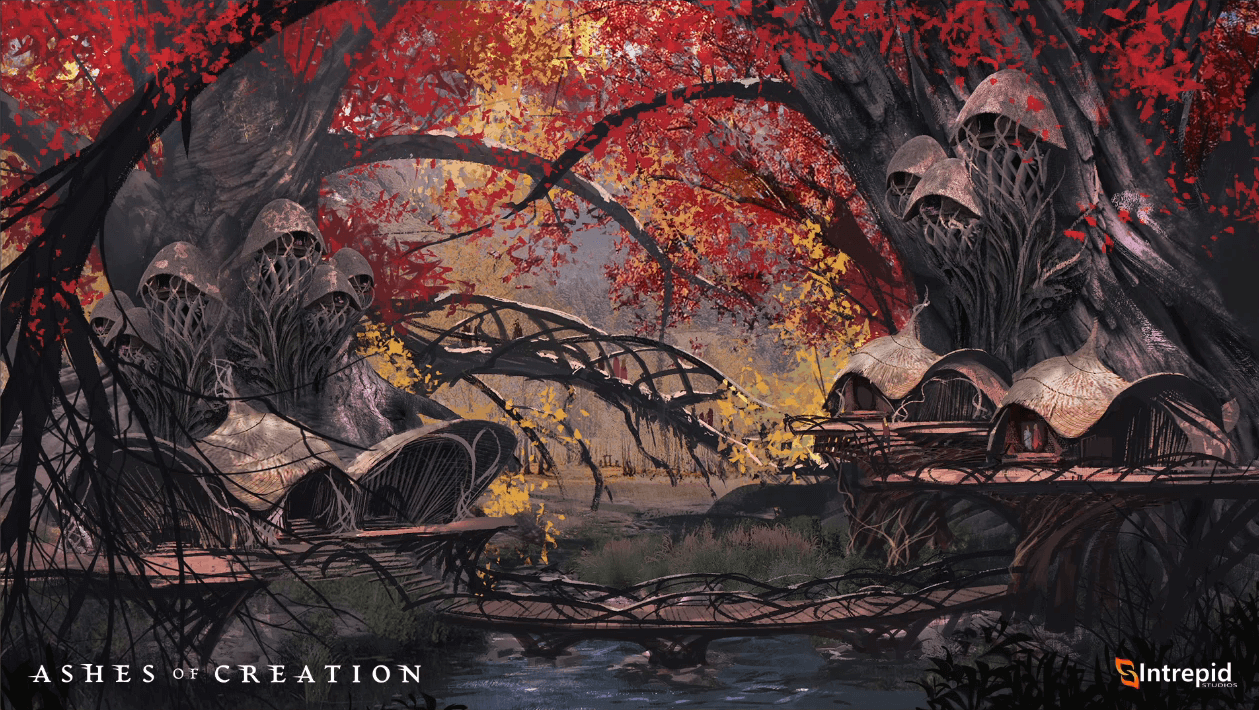 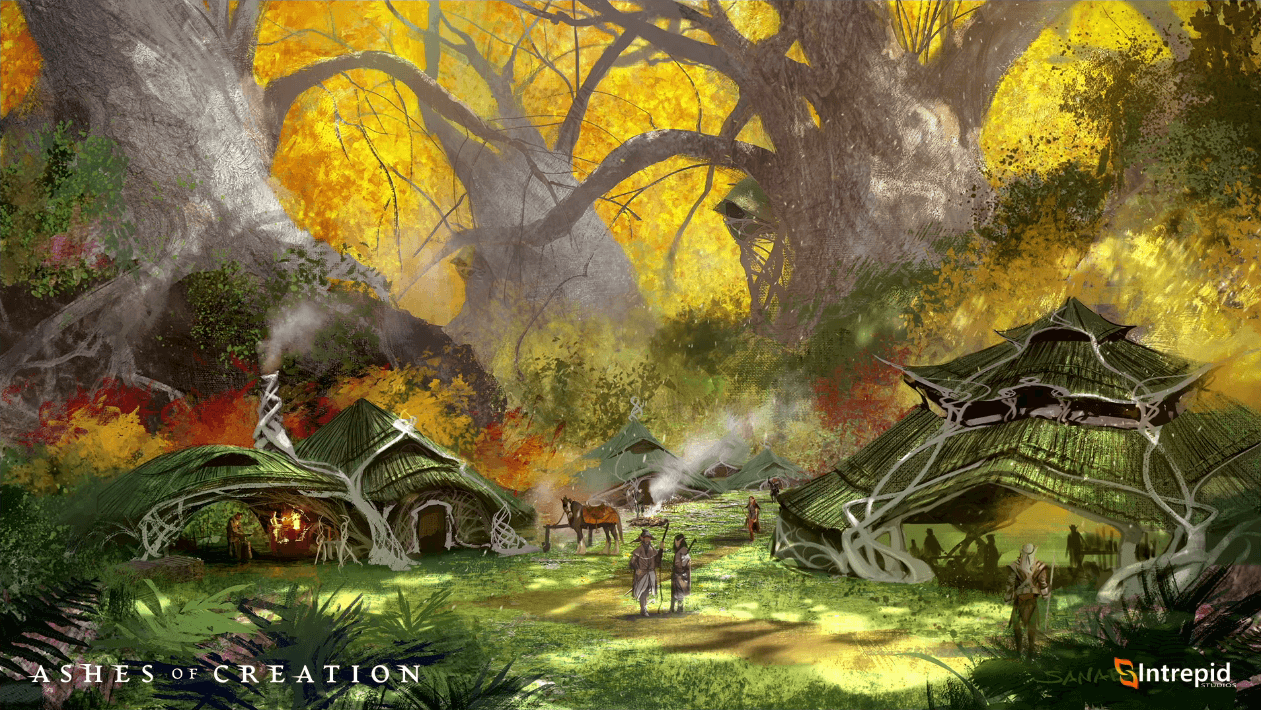