Nodes Sieges are a very complex system inside of the Node System. Since this is the PvP component of Node Sieges you will find all the combat details here; however, to fully understand the Node System I highly recommend going over to the Node System pages and reading up on Nodes. Information presented about Nodes, the government, the politics is available there.

People keep making this assumption that Node Sieges are some how guild content. This is not an accurate portrayal of Node Sieges. Guilds, while residents of Nodes do not control the Nodes. Absolutely the mayor of a Node will no doubt be a member of a guild; however, the mayor of a Node can be any member of a guild from the Guild Leader all the way down to most junior member. This is stark contrast to the Castle System where the Guild Leader is always the Monarch.

The process for obtaining a Declaration flag for a Node Siege is to first complete a quest. This quest scales in difficulty with the level of the Node that will be sieged. If a declaration item is obtained and placed, several mechanics go into effect.

The first is that there is a countdown from the time the siege is declared to the time that the siege occurs. The time for each Node by Stage is:

Second, once declared ANYONE can register to be an attacker or a defender of the Node, the only condition is that all citizens of the Nodes are automatically registered as a defender.

Special Note: When a Node first transitions from Stage 2 to Stage 3 it receives a 21-day immunity from being sieged. This is to allow time for the government selection process to occur and then give the new Node a chance to establish itself before it can be sieged and risk destruction.

The Siege itself is more than just a blitz in and destroy something. The Node will be divided up into districts. Inside each of these districts has a raid boss guard NPC there. Should the attackers defeat the boss, they gain that district as a respawn and they increase the respawn time of the defenders. Likewise, the defenders could push out to the outposts of the attackers.

In our example Node, there are four colored districts. The attackers will want to try to take down the bosses each of those districts to secure the district as a respawn point. Likewise, the defenders may push out and destroy one of the attacker’s outposts forcing their respawn to be further away or increasing their respawn time. We are still waiting on the exact details.

The victory condition for Nodes was previously stated as removal of the Node flag and replacement with the attackers. This may or may not have changed with the change to Node Sieges. 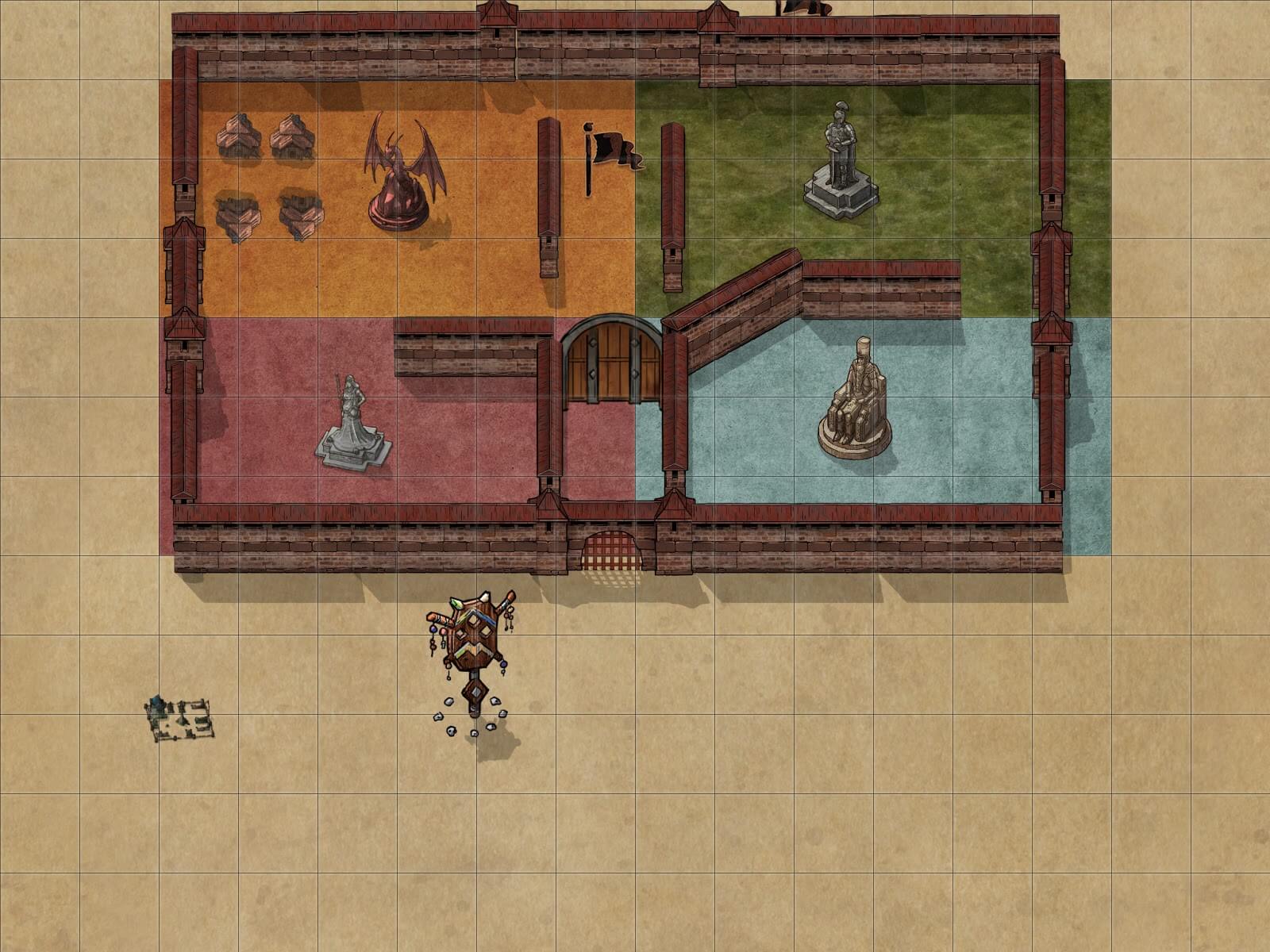 Why are Node Sieges Important?

Node Sieges are important because everything is on the line. Everything the players have built up is gone. In-node housing and instanced apartments are destroyed if the Node Siege is lost. Freeholds are vulnerable to looting for 2 hours after a siege, and then if they do not find themselves under a level 3 Zone of Influence within one week they are destroyed. Finally, with the Vassal System, taking one node off the board can radically shift and change the shape of quite literally the entire world.

If a Node survives a siege, it gains an immunity to further sieges for a period of ten times the declaration time.
Villages get 30 days
Towns get 40 days
Cities get 50 days
Metros get 60 days

The moment that a siege is declared against a Node all the Gatherables and Processed Goods in a Node become locked in storage and cannot be removed until after the siege assuming the siege is successful.

Outcomes of a Siege

There are only two possible outcomes for a Node Siege: The offense wins or the defense wins. There are no half measures or partial successes. You may come across some old information where a Node Siege could delevel a Node, that is no longer accurate. Since March 2019 it has been an All or Nothing Scenario. Either the Nodes survives or it is eliminated from the map.

In the case of a successful defense of the Node, life carries on as normal with the benefit of a protection period as stated above. There is a possibility that some buildings have been damaged or temporarily destroyed, but they can be rebuilt and the Node can return to its normal routine.

In the event of a successful siege on a Node, the Node is eliminated. Anyone with housing there will lose all of their Gatherables and Processed goods, but their Gear (Armor and Weapons) Crafted Items/Finished Products, Décor Items and furnishings will be returned to them. There are specifics on the losses on each of the Housing Types in the Housing Section, including the 2 hour window of vulnerability for Freeholds. If the Node in question has any Stage 1 or 2 Node territories in its Vassal Chain, those territories are destroyed as well.

Also, after a Node is destroyed the footprint of the Node becomes an open PVP zone. Players will be able to loot the ruins of the freehold, but open flagging PVP rules will not apply. This means there will be no corruption for killing people who are trying to loot the spoils of war.

How can you stop people from declaring on their own node?

Unlike a Castle Siege Declaration Flag which can only be dropped by a Guild leader (and then that Guild Leader has to authorize people to participate in the siege), the moment someone drops a Node Siege Declaration flag on a Node registration for that siege becomes open and anyone can choose to register as a defender or as an attacker to try to siege the Node. There are a few restrictions on who can register as an attacker.

Anyone who is a citizen of the Node is automatically registered as a defender in the siege on their home Node. Additionally, any vassal citizens are only eligible to register as defenders, they cannot register to attack. Neither group is required to actively engage in defense on Siege day, but defense is their only option.

Given the cost of Node Declaration Flags, trying to game the system, and putting down a flag to try to earn yourself immunity time would be a very dangerous gamble.

How can we craft if stuff is locked in storage?

There is going to be a method to craft gates, walls, siege engines, etc directly from storage inventory and/or some way to transfer the items to a central storage for the Node where those items can be produced. We are waiting for more information on this later from Intrepid.